The key to digital learning

Thaki is an NGO giving refugees access to new learning opportunities and digital skills by uploading educational content onto repurposed laptops. To-date, Thaki has reached more than 23,000 students at more than 130 refugee schools and centres in Lebanon and Jordan, an education organisation in Abu Dhabi, and a refugee camp in the Netherlands.

When she was eight years old, a bomb fell on Rudayna Abdo’s home in Lebanon. With her terrified brother, parents, and grandparents, she fled from the family’s village, took a fishing boat to Cyprus in the middle of the night and later a ship to Greece.

“Throughout this trauma, the biggest thing on my parent's minds was resuming our education,” she recalls. “They had to flee Palestine themselves as children and raised us with the mantra that your education is the only thing you can take with you.”

The value of education stuck with Rudayna into adulthood and, in 2015 moved by the escalation of the global displacement crisis, she quit her comfortable corporate job in Abu Dubai and founded an NGO to help support refugee children living in the Levant by providing laptops pre-loaded with educational material.

“We're all confronted with the tragedy of displaced people at an epic scale,” she explains. “The hardest hit victim are the children, who are missing out on their education and worse, their childhood and their future. I felt I had to do something.”

Thaki (pronounced “the key”), which means “smart” in Arabic, collects gently used electronic devices, loads them with a variety of interactive and educational content, and then distributes them to learning centres frequented by young refugees.

Since its inception, Thaki has repurposed 3,715 devices and reached over 23,000 students at more than 130 refugee schools and centres in Lebanon and Jordan, an education organisation in Abu Dhabi, and a refugee camp in the Netherlands. The in-kind value of the devices and content is US$11m.

In addition to recycling old laptops that would otherwise be discarded, Thaki is providing invaluable offline learning in Arabic, English and (to a lesser extent) French for under-served communities where reliable and affordable access to the internet is limited.

Until recently, Rudayna ran Thaki from the Netherlands, where it is registered as a foundation in the Dutch Chamber of Commerce and has ANBI status, (ANBI is the Dutch acronym for Institution for General Benefit) and is tax exempt. Thaki is also registered as an NGO in Lebanon, and through a partnership with the Leonard Education Organization can receive 501(c)3/tax deductible donations in the United States.

Thaki collects "fully amortized" devices from a range of global supporters, from large corporations – including Standard Chartered, PWC, GE – and schools and universities – such as NYUAD and the American Community School in Abu Dhabi.

These laptops are then loaded up with a selection of Arabic and English (and some French) educational programmes, games, and lessons from a variety of international providers. These include: National Geographic, Oxford University Press, Edraak (an initiative of the Queen Rania Foundation), Ahlan Simsim, Sunshine Books, and IBM.

There are also open-source platforms for spreadsheets, word processing, coding, 3D rendering, and other tools which are all compatible with commercial software, such as Microsoft. A full list of all the content added to a Thaki laptops is available here and this video explainer offers a tour of a typical device.

Unlike many remote learning initiatives, a large portion of Thaki’s content is available offline. “This is deliberate,” Rudayna explains. “Lebanon, for example, has terrible internet from both the speed and the cost point of view. So, if you're asking people to stream videos, it’s going to be very expensive or impossible.”

Having offline options is important, she adds, saying how this really came through during the pandemic, when so many low-income children were unable to do proper remote learning.

However, during Rudayna’s visits to schools and learning centres, she became increasingly aware that it wasn’t just the students who needed support.

“We’re working with some of the most vulnerable communities in Lebanon and Jordan, a mix of Lebanese, Syrians, and Palestinians, and in some cases the teachers we’re engaging with are touching a laptop for the first time,” she explains.

In a bid to plug the knowledge and skills gaps among teachers, Thaki set out to create a self-guided digital toolkit to equip them with the digital literacy to use the donated laptops and the content they come loaded with.

This Teacher Digital Toolkit, which is bi-lingual (English and Arabic) was funded by a $200,000 grant from the Catalyst Foundation for Universal Education. It is a mixture of mini-courses, model lesson plans, and video resources, and also contains modules about how to adapt to remote learning.

Piloted in six educational settings (five in Jordan and one in the UAE), the TDT was official launched in April 2022.

Thaki set out initially only using third party content but in 2021 received funding from the Netherlands Enterprise Agency to work with TNO, a Dutch research organisation.

TNO had previously collaborated with Help a Child, a Netherlands-based NGO working in Africa and India, to develop Build your own Buddy (Bob). This is a programme for South Sudanese children aged five to seven years and a parallel program for parents, aiming to support them to cope with the consequences of psychotrauma.

Thaki and TNO are building on this programme to create a new app that consists of an animated story, videos and interactive elements following the adventures of a bunny called Nour.  The app will be added to Thaki devices to help caregivers support young refugees in dealing with stress associated with displacement and difficult living conditions.

“It’s about helping teachers and parents to identify these feelings and help the children in dealing and coping with these heavy emotions,” Rudayna explained. “We’ve developed it for vulnerable children in Lebanon but really it could be applicable for any child dealing with stress in any situation.”

“Laptops are helping me to get more educated and to know more about technology. Children should be able to continue their education and overcome the obstacles that stand in their way.”

Partners have been key to help Thaki grow its offerings and expand its reach, not just in terms of financial support but also through access to services and educational content.

“I don't believe there's any one solution to tackle the challenge of educating displaced children,” Rudayna says. “Thaki is built on a model of extensive collaboration between corporate, institutional, and nonprofit partners and individuals.”

Thaki has four main partner categories which include device donors such as Standard Chartered, PWC, Strategy&, American Community School in Abu Dhabi, NYU Abu Dhabi and many other corporations; educational content partners such as National Geographic, Queen Rania Foundation, Ahlan Simsim; educational provider partners, such as Teach for Lebanon, Tamkeen, Jusoor and over 120 other recipient schools; and strategic partners, such as Anera, EcoServ, Holdal, Wakilni.

Thaki is also working alongside SoPowerful, a Dutch Foundation, to implement solar power in partner schools in Lebanon. The first such initiative was in Tamkeen’s Sawiri School in West Bekaa in Lebanon, which provides 1,100 children with an alternative source of energy for the school to power its computer lab and other electricity needs and allow students to get more use from Thaki-provided devices.

“The lack of electricity has become such a critical issue in Lebanon,” Rudayna explains, adding that Thaki decided to pursue this initiative with SoPowerful to see if they could create a proof of concept for getting solar into more schools to help them meet their critical electricity needs and reduce their overheads. “With this first demonstration project we’re hoping we can leverage others to fund similar projects,” she said.

Despite its ambitions, Rudayna knows Thaki is only reaching a very small portion of young people in need but remains committed and confident her model can scale. “We are only a drop in the bucket,” she acknowledges. “But we are still affecting those lives positively, and if we weren’t doing what we were doing, these children will be missing out on their right to digital literacy and quality educational content. This is the fuel that keeps me going.”

“Children are entertained all while learning languages, maths, history and geography, as well as environmentally sound habits through games.”

Lamya Karkour, the founder of Tri-pulley, a social-economic impact initiative in Tripoli, in Lebanon.

Thaki’s innovative model and impact have not gone unnoticed, and the organisation has received a number of prestigious prizes since its inception. Some highlights include: 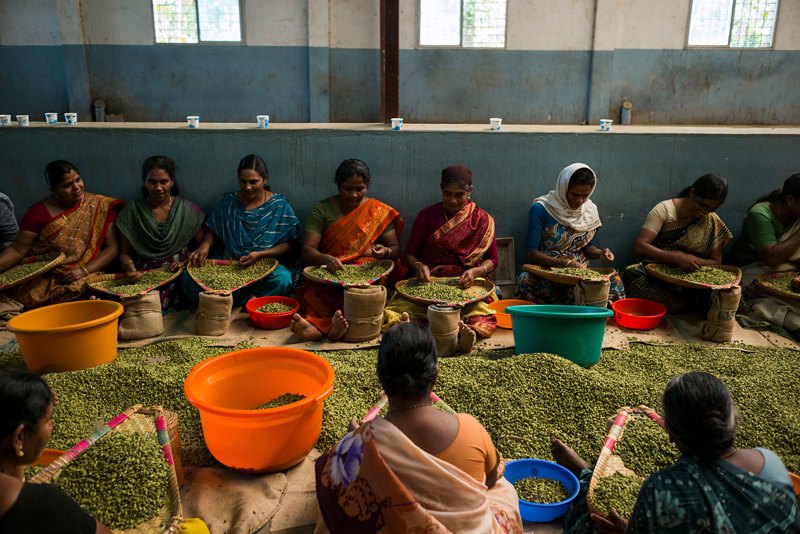 Which policies work to reduce poverty? J-PAL has the answer 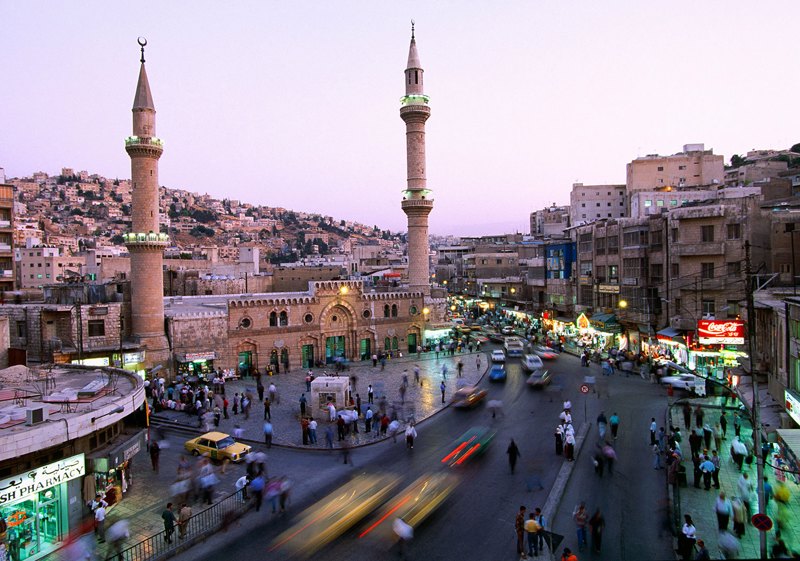 Meet the philanthropist on a quest for safer streets in Jordan 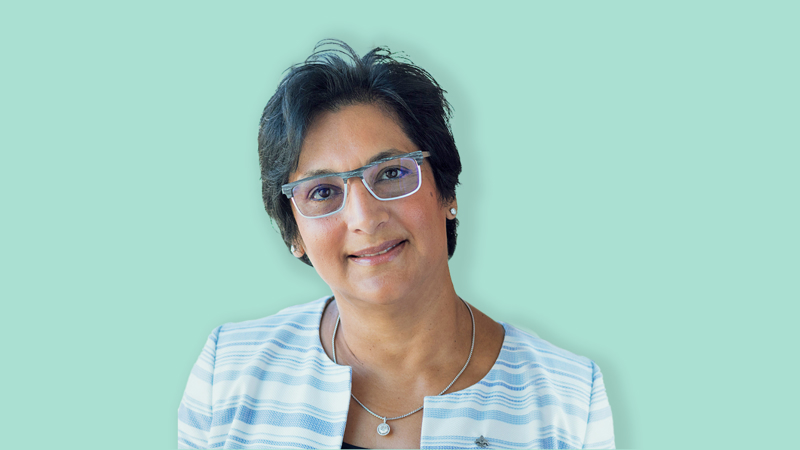